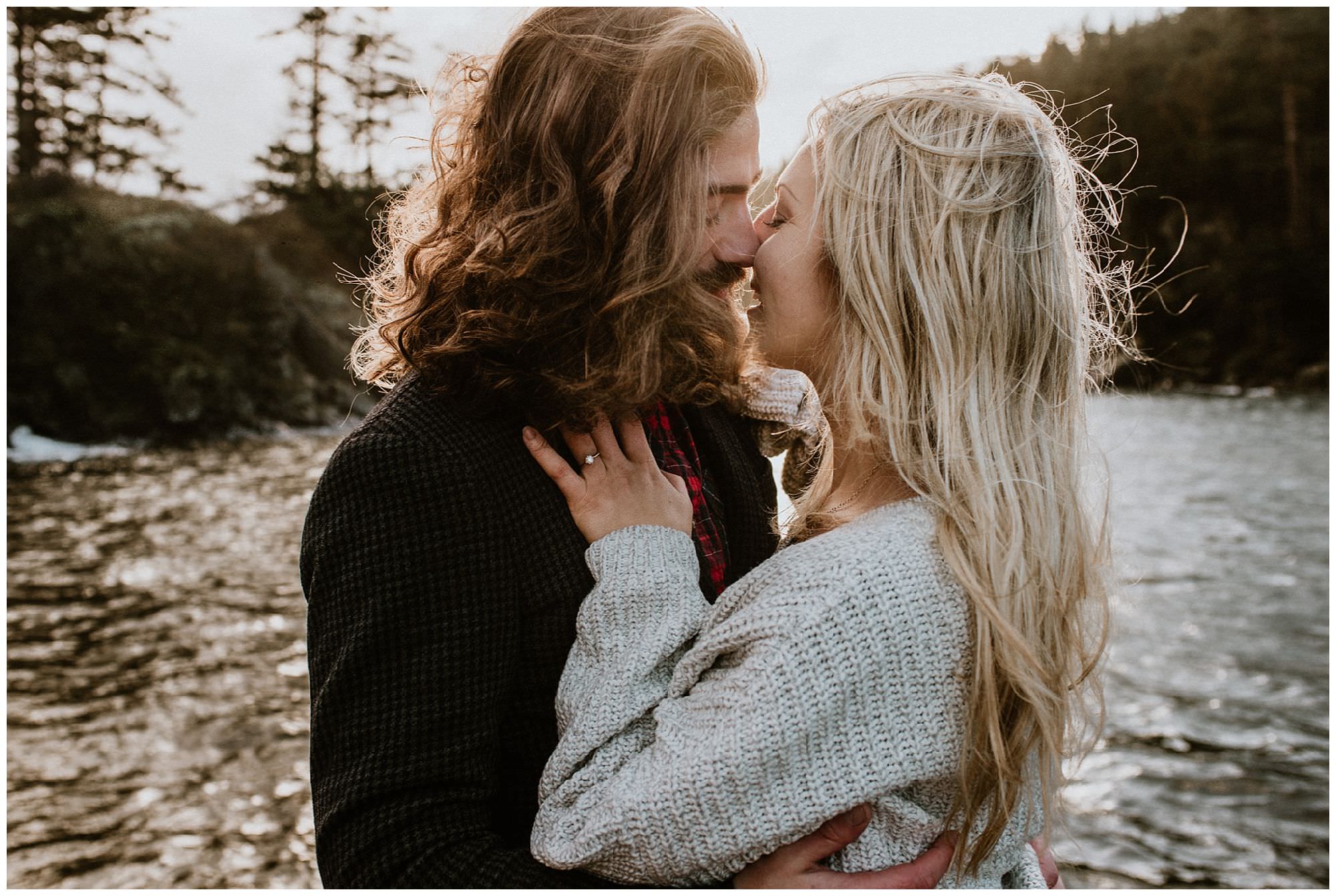 As I sat in my living room at 6am waiting for Kirsten and Johnny to pick me up for their rainy engagement session on Thormanby Island, a dread-like feeling washed over me. It was pouring, and cold, and the wind had ripped big branches off of the trees overnight which meant that debris was scattered everywhere. I didn’t even know if it would be possible to find any kind of cover from this kind of weather, but when Kirsten and Johnny picked me up at 6:15 with smiles on their faces, I knew we’d be going for it.

We checked BC Ferries, and the coastal ferry was the only one still running, so we took it over to Gibsons and continued our adventure north. We drove along the coastal roads through Roberts Creek, past Sechelt, and on towards Secret Cove. Waves crashed over the pavement in the places closest to the water but we continued onwards in hopes of a break in the weather.

We arrived in Secret Cove, gassed up Johnny’s tiny boat, looked each other in the eye and agreed that we’d at least go as far as the open ocean to see what kind of ride we were in for. And….I kid you not, the moment we agreed to this the clouds parted, the sun began to shine, and we rode massive swells through the ocean to their private cove on Thormanby Island.

Once we docked I had to start shooting immediately. We had sun. Beaming, gorgeous, early morning sun. We spent the morning exploring their land, drinking coffee and Bailey’s and capturing some of the cutest cabin engagement photos ever. We lit a fire too, but, let me tell you, these two didn’t need any extra heat. Their love for each other was absolutely palpable and infectious and even after a long day of boats ride, wind storms, getting drenched then drying off only to get drenched again I felt refreshed and excited for more adventures, and hopefully more engagement sessions on private islands!

Oh, and PS, check out how the sunshine lit up the rain drops in the last few shots of our session. I’ve never experienced a more magical day! 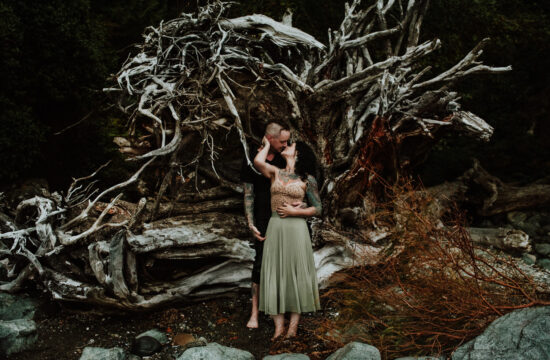 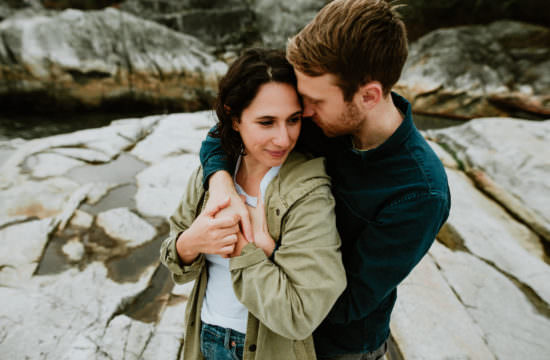 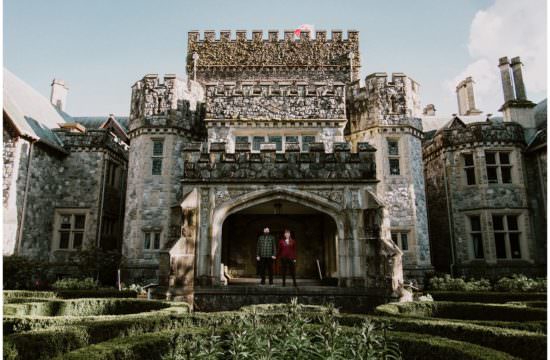 Wedding season is finally wrapped and that means t

I can keep oversharing this dreamy surf side weddi

I will be wildly oversharing this wedding for ever

Look at me catching up on the whole years worth of

These two just happened to have some of Vancouvers

If you’re planning a wedding at @spiritridgebc d